I’m sitting at the tire shop waiting for them to figure out why I’m still shaking. It seems to be an ongoing issue I’m having lately. I’ve got new tires, new wheels, new shocks, new springs, new struts, new rotors, cross-drilled and slotted, and new pads and still we’re shaking so I hope it’s not early Parkinson’s disease but your guess is as good as mine because it can happen to anyone I suppose. Maybe Hillary Clinton knows what that’s like? Hey, I’m just a messenger and I’m relaying something I heard yesterday.

I haven’t written in a while and I’ve been meaning to start doing it more often but time has just not been on my side lately. I actually logged on to tell a different story so I think that should be coming up soon but in the meantime, I hope you’ll enjoy a trip down memory lane with me. I took this trip at the beginning of the summer and now summer is almost over.
Sometimes it’s good to be a little nostalgic. When I got in the van a little while ago, I finished up my paperwork from last week. When you’re an independent contractor, you have to keep track of your own invoices and receipts. I was writing down today’s date and then it dawned on me…it was my anniversary. I would have been married 18 years today.

I guess today is just one of those times I’m feeling nostalgic. On the whole, it was good partnership that my wife and I had. It turned into kind of a downer when her love for Ron Rico and Bud Light got the better of her but I lived up to my end of the contract and loved her to her dying day. If her spirit is out there and can see this, then Happy Anniversary Kristi. If not then we continue forward knowing it was remembered and said.
Enough of that though.

I think my writer’s block is starting to lift so let’s enjoy my little photo essay of the road trip I took earlier this summer.

Really?? Because I’m not really sure if I was…I used the Onboard Urination Device (OUD) for the whole 10 hours I spent in your crappy state. Fuck you Governor Pat McCrory 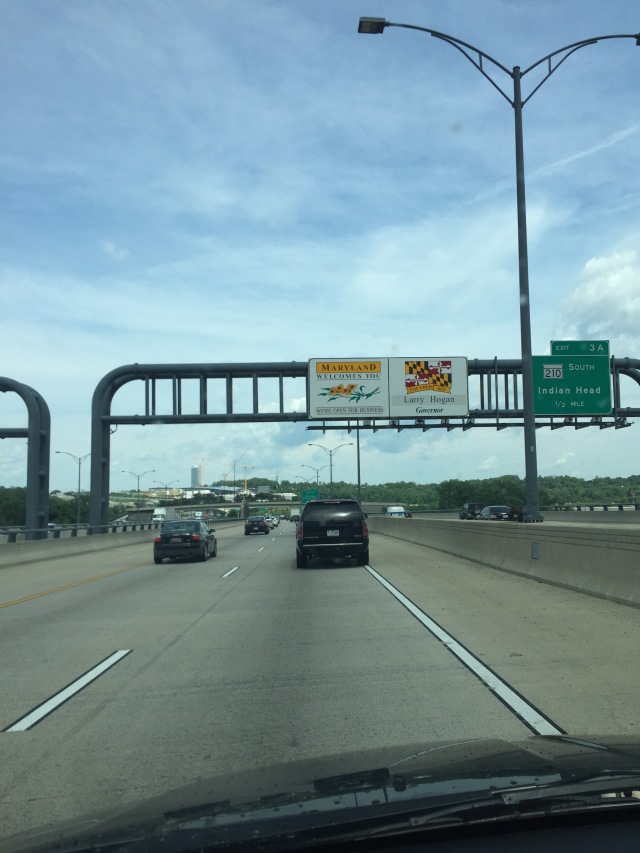 The Great State of Maryland is not really flyover country; more like drive through country but it takes a while and it costs you. I’m not sure whether I love or hate EZ-Pass at this point.

According to the Internet, there weren’t any rooms available at the Taj Mahal that night. I doubt that. Don’t tell me you’re going to believe something just because you saw it on the internet. There’s empty rooms there but I got a better deal and a view of it. It’s all about the deal and I got a better one.

So this is where New Yorkers go to vacation?

I got ready for bed that night but for some reason or another, didn’t really sleep.

Hey, at least I looked pretty and was feeling good about myself.

Swollen feet and legs, way to much driving in the last 30 hours 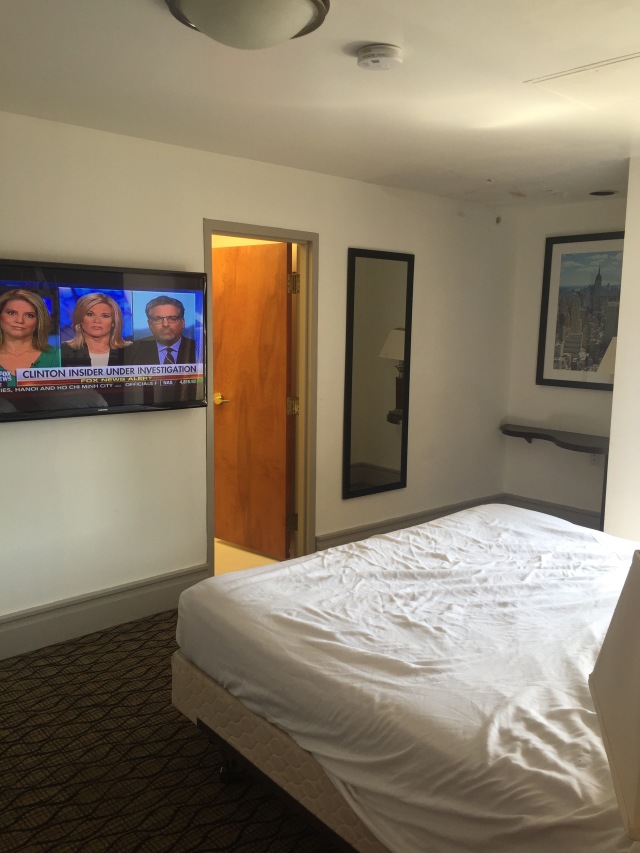 I think I’m just about out of here for now but might come back soon.

When was the last time you played Monopoly? 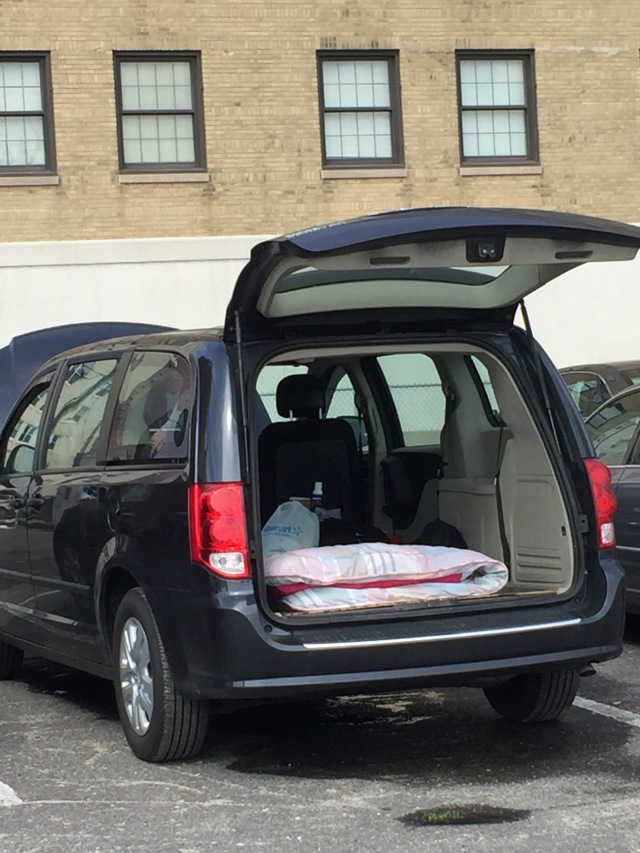 No more hotels this trip…this is your home Tomorrow…when you’ll have to cross bridges that you burned today.

I had to stop and make an indirect contribution of $80 to the campaign. I was hoping to get tired of winning so much but that didn’t happen…either way, I support Donald J Trump in his bid for President of the United States of America. The Taj Mahal is the only casino that the Trump Corporation owns. The man has built many things and amassed a fortune in which he is using to try and make our country great again. He seems like the real deal but only time will tell.

Action News 6 on location at the beach…and no, that’s not a Hot Wheels car. Nothing happened that day… 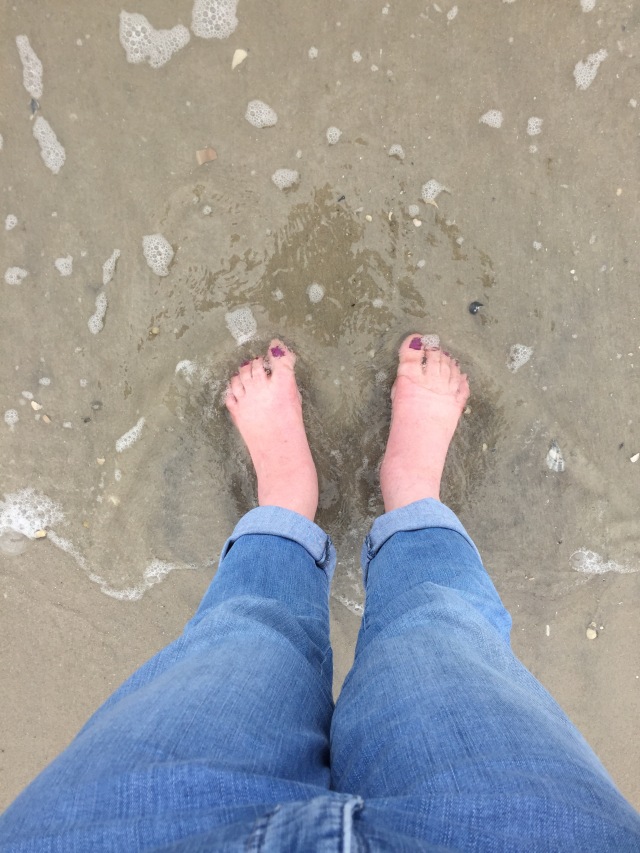 …except me putting my feet in the Atlantic

That’s a pretty bold claim don’t you think? Yeah it was pretty big but I’ve had bigger and better. I have no problems with New York style pizza but I’d probably choose Chicago deep dish most of the time 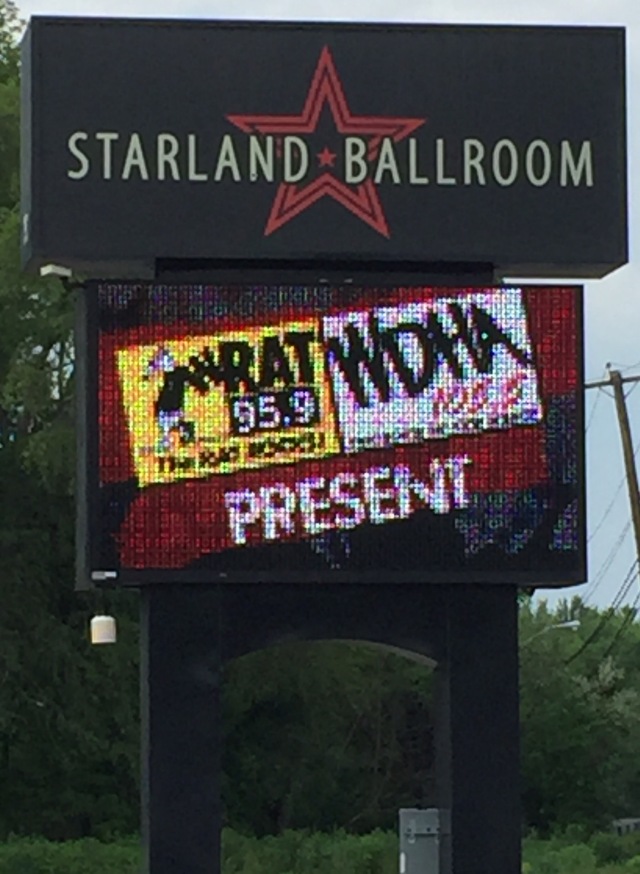 Here’s what I really made a 600 mile detour for…they played an awesome show a week earlier in Chicago. Couldn’t pass up the opportunity to rock out again 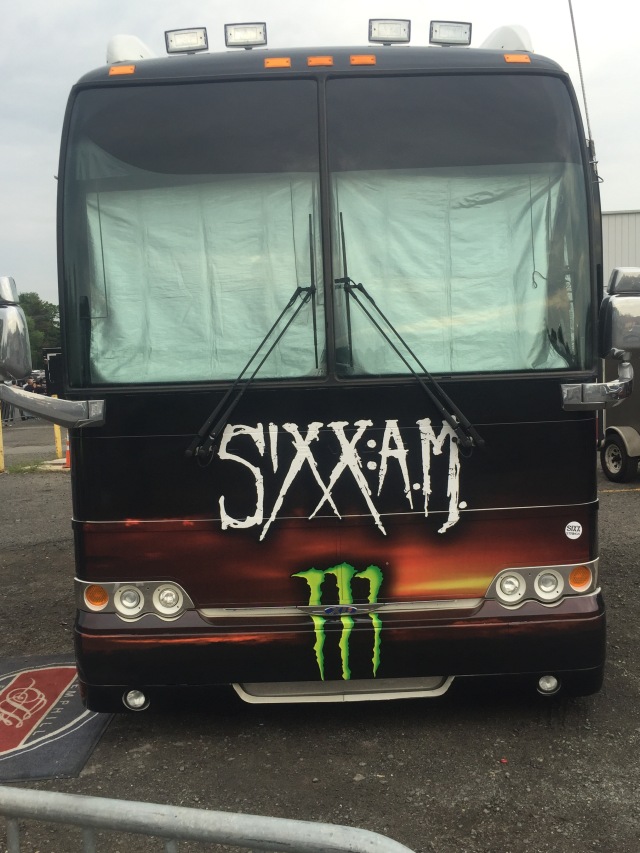 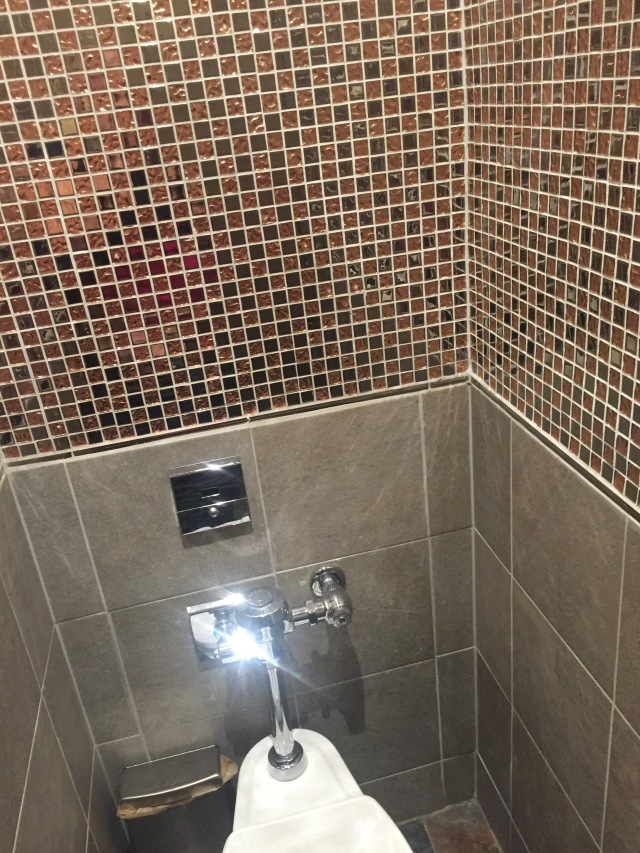 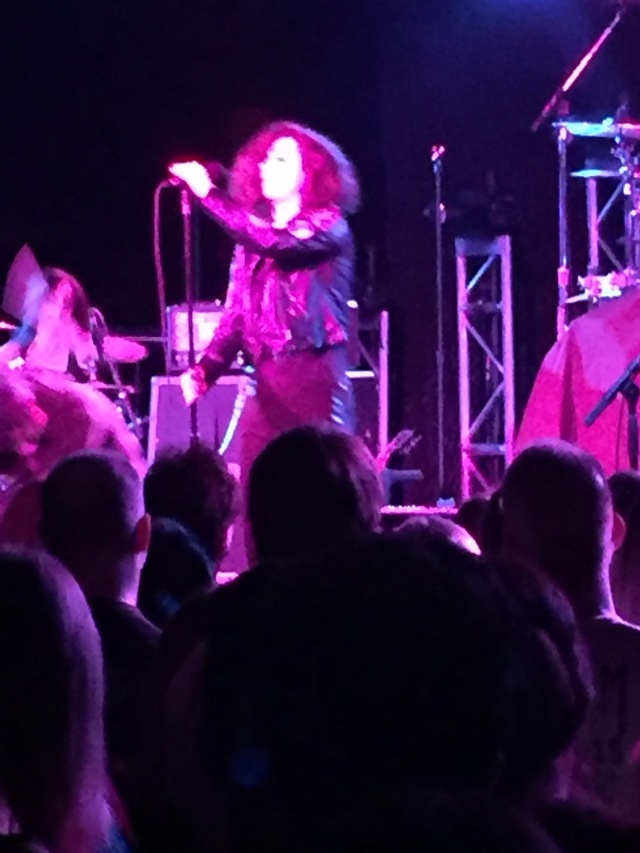 I saw her after the show. I told her that her voice is amazing, she autographed my CD

The girl standing next to me asked me to help her blow up the balloons she brought. Everyone enjoyed her contribution to the entertainment. Who doesn’t like batting around balloons with a thousand of your closest friends?

Together, they are Sixx: A.M. and they rock! On behalf of the Damned, We are patiently waiting for Volume II of our Prayers 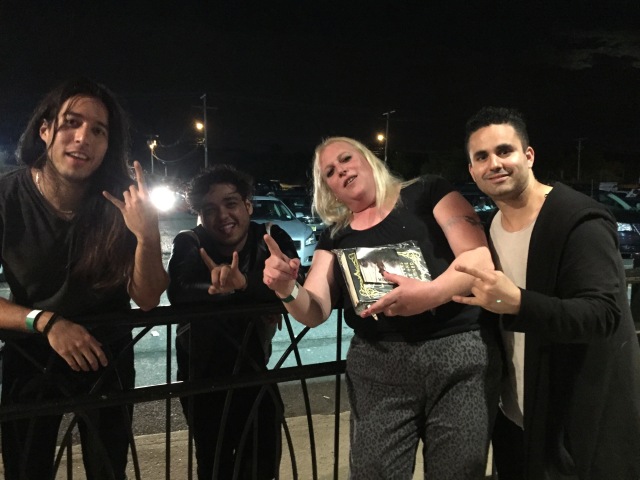 Hanging out with the guys from Cilver after the show. They remembered me from a week earlier. That was so cool. Maybe they’ll remember me next time I see them.

Heading for home after a long night. I enjoyed a good nights sleep in the minivan at the welcome center. Nobody bothered meat all

I think this is called squirrel hill tunnel. I like driving through mountains. 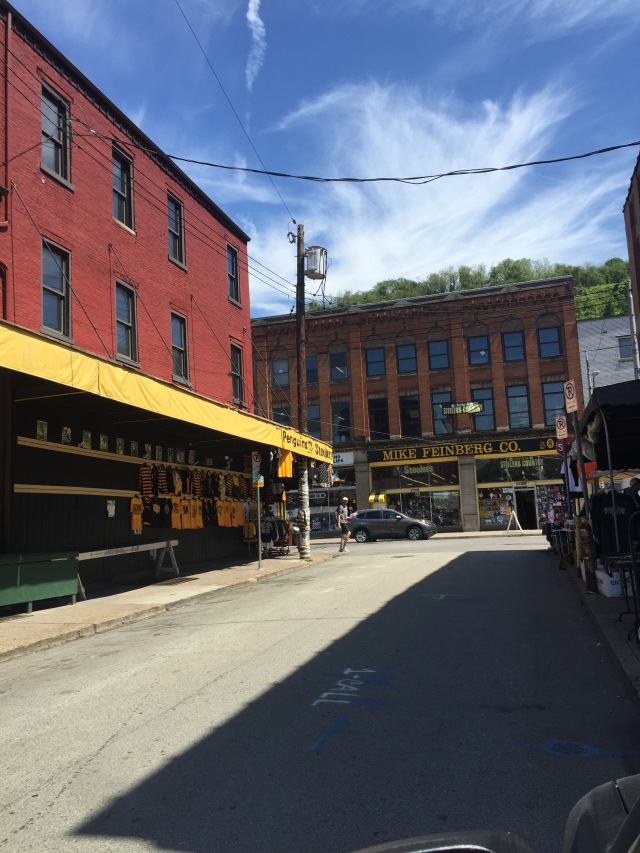 Apparently this is the heart of Pittsburgh. The fish sandwich at Primanti Brothers was pretty good. You know how you see someplace on the travel channel and you stop because it’s on your way through?  It’s kind of like that. The sandwich was huge and kind of hard to eat, so it was a good thing they sell terrible towels next door. 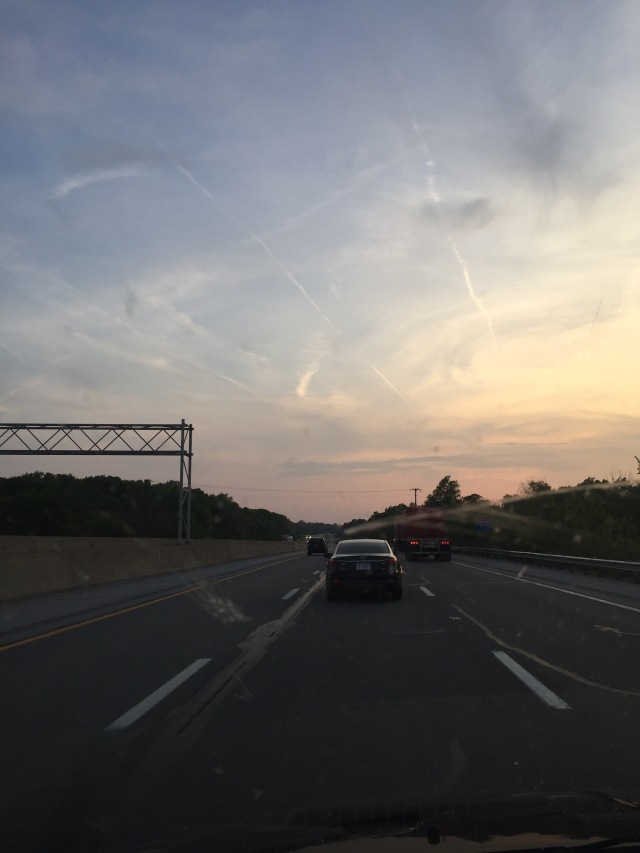 The Ohio Turnpike westbound toward sunset; glad to see they’re spraying again. Good job guys, it’s a pretty nice crisscross pattern you’ve got going on there! Whatever it is they’re trying to do really makes me feel better.

I’ve never seen a number like that since, but it is possible…

So there you have it. That was my summer vacation. It was far too short but I had to get back home and get back to work. I have a strange job but sometimes it allows me to do stuff like this and that’s why I love my job even though it doesn’t pay the best. Nothing I can do about that though except work harder.

All in all, I have a pretty great life. One could almost say it’s Beautiful!

Catch you all again soon