Today, my working mini vacation is coming to an end and the last few days have been some of the best days I’ve had in a long time. There’s just something about being out on the road and just going somewhere without a lot of pressure to get where you need to go. There was a deadline on this job and I made it exactly at the time  I was supposed to be in one particular place at one particular time.

The morning was pretty uneventful. I had wanted to go to a beach but time was not working on my side right then. I took a shower but later in the day, I kind of questioned that decision because I forgot how hot and humid it gets in Florida. Anyway, I had to repack my bag with all of my laundry and make space for my tennis shoes because later I was going to be flying and I wanted to wear my flats for that. Even though I wind up at the airport daily, I hadn’t flown in years and I know that you have to take your shoes off at the airport, so it’s just easier in flats; besides that, maybe the TSA would appreciate seeing my pretty pink painted toes.

I checked out of the hotel and got in the truck. I had to find Greg and Kathy’s where I was going which was about 15 miles away. In addition to that, I had to top off the tank  so I returned the truck full. All in all, gas cost me about $280 so I underestimated that cost by about $80…there’s really nothing I could do about that, so I’m not going to complain about it because there’s just no point. Last year I spent over $10,000 on gas; who does that? Apparently, I do. 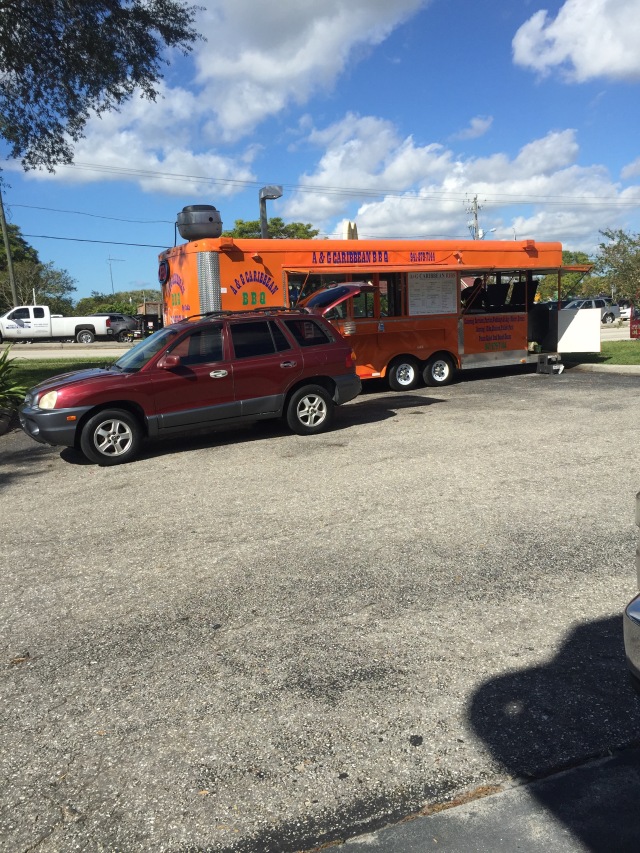 As I’m filling up, this place was cranking island music which caused me to walk over and check it out. It was a really good spicy pulled pork sandwich

Greg and Kathy were running a little behind, so I had to find a place to park nearby because I couldn’t get into their gated community without them. Bradenton and Lakewood Ranch is a really nice and I noticed a sign for one of the sales centers so I thought I’d check it out. There’s a long running joke with my mom and dad about the 3 of us moving to Florida like old people should. I went I there to grab some literature about the community and the costs involved building a house there.

This area is huge and has something for everyone at various price points. While I didn’t know it, the community that I stopped at was at the highest level and houses there start at $1.2 million; this does not surprise me one bit that I stumbled upon that one. I’m going to enjoy the look on my dads face when I give him the brochure.  I’ll tell you more about how the joke plays out later. 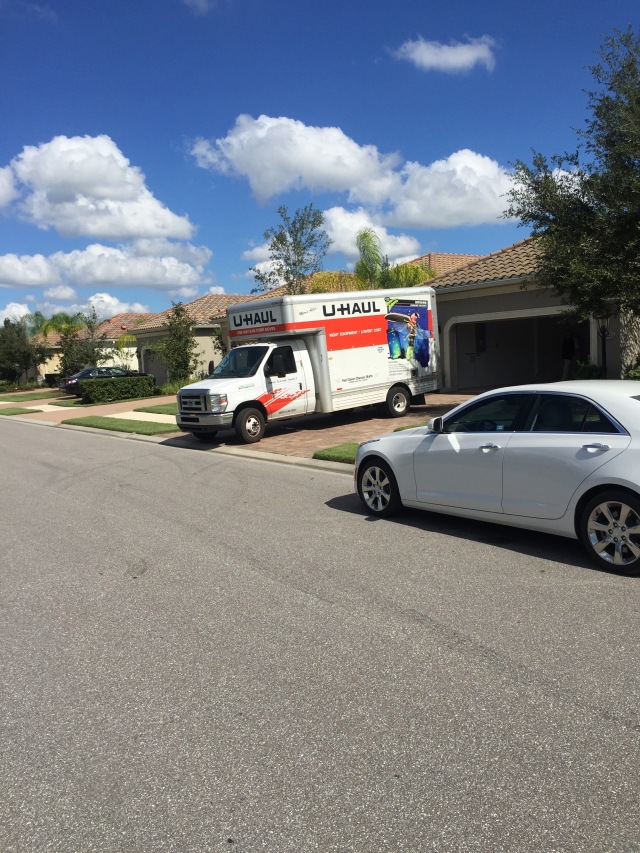 Have I arrived at Phase 3 of Del Boca Vista? Pretty nice place, huh?

Greg hired 2 guys to help me unload the truck which is about 1 guy too many.  I told him all I needed was someone to help and we’d have the truck unloaded in less than an hour but the local moving company that he hired sent 2 guys so I didn’t argue at all. In fact, I just helped with some of the really small stuff, folded the moving pads and let them pretty much do all the rest.

My job was just about over at this point. All I had to do was find a place to drop off the truck which was close to the airport. After making a call, I went into the bathroom to change clothes for the flight home. 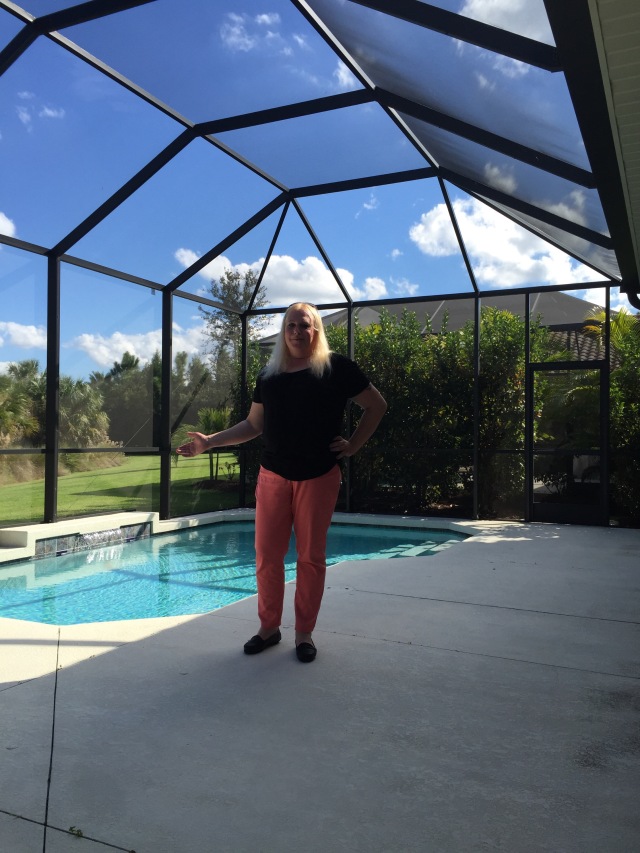 Not the biggest pool but I could deal with this. I’ll add it to my shopping list

I followed Greg over to UHaul, dropped off the truck and then he drove me to the airport. Like I said, this is last call and the road trip is over. If any of you ever get the chance to drive across country, I highly recommend it. They don’t call it the freedom of the open road for nothing. Since I was driving a box truck, there was no rear view mirror because, well, it would be stupid to have one.

Usually when driving, I have my GPS right under the rear view mirror and I check them constantly. On this trip those things weren’t present and while it was different, it was really nice too. On this drive I’ve reflected on how my life has progressed and while it’s had some bumps and bruises, all in all, my life is pretty damn good.

My view from the bench at the smoking area where I wrote this. Flight doesn’t leave for a couple hours so my ass has been parked here

Over 1200 miles, several glasses of beer, several gallons of soda and a countless number of cigarettes later, we’ve hit the end of the road. I’m sure life is going to get back to my normally scheduled insanity soon and I’m looking forward to it. When you don’t have a rear view mirror, there’s nothing to look back at and maybe it’s best to leave it that way. It’s time to move forward. Maybe someday I’ll get back down this way again but if that happens it’s going to be a one way trip.